Automatic Circuit Recloser (ACR) is an intellectual protective device capable of interrupting fault current and which purpose is to increase distribution system reliability. Their function is to automatically disconnect a section of feeder in the event of fault, such as a short circuit. After a certain period of time, the recloser makes a specified number of attempts to re-energize the line to restore power supply to consumers.

The basis of the device is an interrupter configured to automatically disconnect the line when the mode parameters deviate from normal in medium-voltage networks from 10 to 38 kV.

Ideology of application of reclosers developed in parallel with the development of MV switching devices and was called decentralized automation. Its essence is the sectioning of the line by means of intelligent devices, each of which analyzes the modes of operation of the electrical network and automatically reconfigures it in emergency modes, i.e. localizes the fault location and restores power supply to consumers of undamaged sections of the network.

Recloser is continuously reading real-time data about the power line using current transformers and voltage sensors. In the event of a fault, when the voltage, current, or frequency values exceed the settings of the microprocessor relay protection device, the recloser control sends an impulse to the drive of the switching module located on a pole.

Video of the Recloser Operating Principle: Comparison Before and After Implementation

Let's take a simple example in the video of the recloser operating principle in the 15kV network compared to manual disconnection of the damaged section of the network and the time required to restore power to the consumers.

Before and after implementation

Video comparing between manual disconnect switching and automatic smart reclosers in power line 15kV. In the first case all customers on the line are disconnected while in second case are damaged area is highlighted automatically in a matter of seconds.

Recloser can be used both to perform simple protective functions and complex algorithms for automation of distribution networks. Modern reclosers perform the following functions:

The functions implemented by reclosers are not limited to the list above. The set of protections and additional set of additional functions is determined by the needs of the customer and is specified in the questionnaire when ordering a recloser.

Overhead lines are very common in medium voltage networks around the world. The vast majority of faults on these feeder lines are temporary or transient in nature. These faults include the following:

On average, 80-90% of network faults are inherently unstable (short-lived) and "self-repair" within seconds. Recloser allows to disconnect short-circuit currents in the minimum time, while restoring power supply in the same time on the undamaged sections. Disconnecting and automatically reconnecting the line minimizes the fault factor and reduces the possibility of a long interruption in power supply.

In early days of electricity power systems, fuses would blow and circuit breakers would go in lockout even after a temporary fault, so it could take hours for a service crew and operator to restore power. Nowadays reclosers are considered as an essential cost-effective solution to eliminate prolonged outages due to temporary faults. By restoring power faster, utilities can minimize lost revenues that would otherwise take place during an outage. In addition, this can help to avoid regulatory fines associated with poor reliability numbers such as SAIDI and SAIFI.

The basic function of the recloser, which should minimize the mains outage time indicator, is to provide repeated cycles of auto-reclosure after the time intervals set in the control module. In addition to increasing the reliability of power supply as the main technical effect of using reclosers in accordance with the established indexes such as SAIFI (System Average Interruption Frequency Index), SAIDI (System Average Interruption Duration Index) and MAIFI (Momentary Average Interruption Frequency Index), reclosers can be used as a sectionalizer, automated load-break switch or outdoor protection device in substation and distributed energy networks. Flexible functional settings for the specific power infrastructure makes the vacuum recloser a universal solution in medium voltage networks with rated voltages of up to 38kV.

When a recloser is installed on a radial feeder it automatically clears transient faults and isolates permanent faults. More than one recloser can be installed on a feeder to isolate faults selectively and ensure fewer customers are affected.

The main function of the solution in which reclosers are used in the automatic distribution system is to restore of power supply to consumers' points in the shortest possible time. To configure automatic restoration system using more than 3 ACR connected to each other.

Places where a recloser joins feeders together are called recloser loop tie points. The reclosers located closest to the substation is named as the Feeder ACRs. Between Feeder Tie ACR and Feeder ACRs are installed and Mid-Point reclosers

Reclosers can be used to quickly build cost-effective unmanned outdoor substations. A recloser provides full protection and automation functionality required at the substations. The devices are not only installed at newly designed substations, but are also used to replace obsolete switching devices at existing substations. 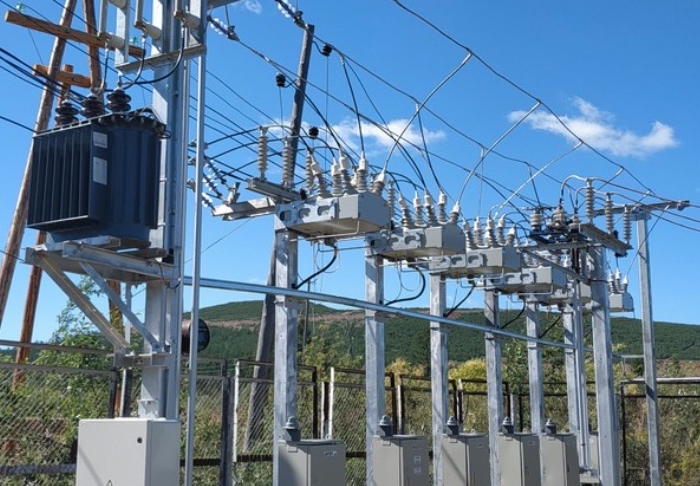 Built-in protection and automation of reclosers installing on substations allows to perform:

The traditional way of connecting distributed generation to the grid intended construction of a typical secondary substations. Unfortunately, such connection scheme comes with extensive design and engineering costs, making some projects economically unviable. Such generous capital investments for conventional switchgear units and substation buildings can only be justified for large-scale generation plants where fault currents and load constrains require specialized high rating equipment. However, most of the renewable generators do not require extreme ratings. Therefore, the use of automatic circuit recloser as the primary connection interface between the renewable energy source and electricity network becomes a cost-effective alternative to substations.

A sectionalizer is a similar distribution automation device that is used to isolate the damaged section of the feeder. Unlike the recloser, the sectionalizer do not have fault interrupting capabilities and it relies on the upstream substation feeder circuit breaker or recloser. Once the upstream device interrupts the fault current, the sectionalizer starts counting the number of operations. After a preprogrammed number of recloser operations, the sectionalizer opens during a time period when recloser is opened. This allows the recloser to restore power supply to feeder section free of faults. Several sectionalizers can be installed in series in a radial feeder. To provide selectivity, the most further sectionalizer from the protection device must operate the first, the preceding sectionalizer must operate after the next count and so on. The sectionalizers is a more economical automation solution, however it has many limitations and less flexibility. Sectionalizers are a bit more economical automation solution, however practically it leads to much less efficiency in SAIDI/SAIFI reduction due to inability to communicate with SCADA system»

Reclosers by Type of Insulations

Some obsolete recloser technologies in the past days include oil-filled hydraulic reclosers and SF6 gas-insulated devices. They present many challenges for utility in terms of maintenance, safety and compliance with environmental policies. The most up-to-date reclosers employ the solid-dielectric insulation with maintenance-free design and high resilience to harsh weather conditions.

All reclosers consist of three basic elements: switching module, control cubicle and control cable. Usually potential (voltage) transformer, mounting kit and surge arrestors are also included in the package. Single-lift recloser comes to the customer already assembled, and only requires to be lifted up to the pole and connected to the primary wires and ground.

Currently vacuum switching is the most popular technology in newly built medium voltage switchgear. The current interruption takes place in a vacuum bottle, where arc quenching is performed due to effective gap deionization and fast dielectric strength recovery. Unlike the vacuum, other interruption mediums such as oil and SF6, produce more arc dissipation energy and have arc combustion products, therefore, they are less safe and have lower contact life. Vacuum interrupters can also withstand higher transient recovery voltages compared to other mediums, which is important to avoid arc reignitions.

When it comes to choosing a place to install reclosers in distribution system utilities are often challenged with a complex engineering task of meeting different constraints. On the one hand, the distribution network operators strive to improve the system reliability indices (SAIFI, SAIDI), but on the other hand, they are limited by capital spending and have to make sure they are making the most efficient decision. 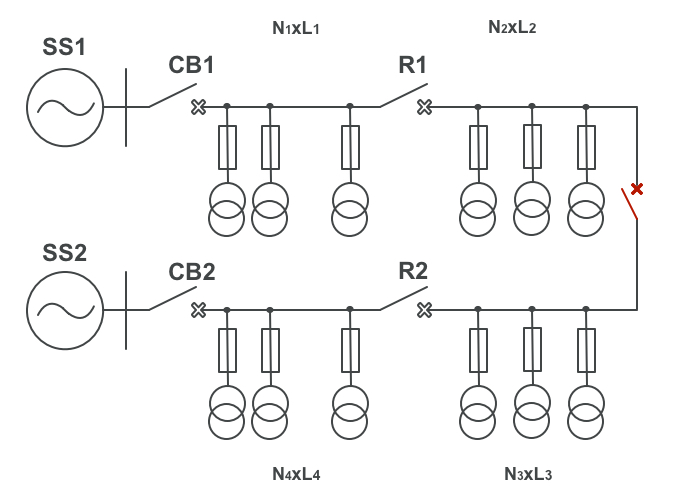 In the most general case one should follow these principles:

Real locations should be corrected considering:

Summing up after considering the practical application of reclosers, we can reformulate the theoretical definition of recloser into practical once: an maintenance-free smart device with special functionality and design features that allow the creation of reliable and efficient distribution networks.

The use of reclosers is an effective way to improve the reliability of power supply to consumers. Efficient algorithms allow you to determine the optimal locations of reclosers in the power grid, leading to the greatest reduction in the frequency of consumer outage. Customer satisfaction increases as power outages are minimized.

The introduction of reclosers in medium-voltage distribution networks is a promising, technologically and economically beneficial measure. Their use makes it possible to reduce damage from power losses, increase reliability of power supply and reduce maintenance time of power equipment along with increased safety of maintenance personnel.