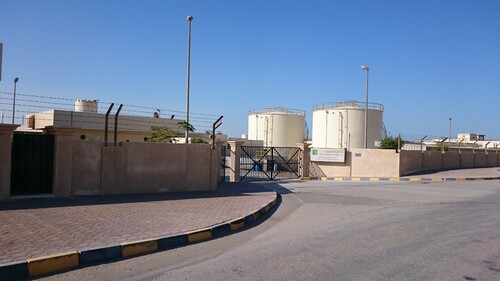 Tavrida Electric, with the assistance of the Bahwan Engineering Group, has completed a retrofit project in Oman. The main goal of this project was to provide the client with the quickest, most convenient solution to replace outdated oil circuit breakers BBC (Calor Emag) ZE7WL.

The project took place at the request of Oman’s Rural Areas Electricity Company (RAECO).  It is their mission to supply power to the most remote places in Oman. The substation feeds the desalinating plant, placed on Masire - the largest island in the Persian Gulf, which provides fresh water to the whole island, including the Omani air force base.

The client’s outdated oil circuit breakers run out of their operational lives, and as a result, created a problem in that they interrupted the substation operation. Switchgear panels, however, remained in good condition. Tavrida Electric offered a cost-effective solution:  the replacement of the circuit breaker only. The existing switchgear panels were not subjected to any modernization, except for small changes in the control circuits.

Tavrida Electric has performed a full range of services - including acceptance testing - at the substation in Oman.  This installation and commissioning took just four months, of which, safe delivery to the island took the greater part of the time.

The new circuit breaker is used as the incomer from a diesel generator 3MW.

It is worth mentioning that this was the first retrofit project in Oman for 10 years.  As a result of this project Tavrida Electric has proved the effectiveness and economic benefit of replacing old circuit breakers, without replacing the panels. Now the growth of the retrofit projects has expected in the Omani market.